Creative Conversations: How Michael Maszaros of Cabin Creek Interiors Carves His Own Path

END_OF_DOCUMENT_TOKEN_TO_BE_REPLACED

The Biggest Interior Design Trends to Watch in 2023

Creative Conversations: How Michael Maszaros of Cabin Creek Interiors Carves His Own Path

Upon meeting Michael Maszaros, owner and Head Designer at Cabin Creek Interiors in Colonial Heights, VA, one is immediately struck by his youthful good looks, sartorial savvy, and Southern charm. His warmly expressive demeanor welcomes you while his exuberance brightens the entire room. However, when it comes to running his interior design firm, Michael is all business. He and his team never waste a minute of the day while they simultaneously manage multiple residential and commercial design projects at their storefront office, where walk-in customers are welcome. In many ways, Michael is the epitome of a successful interior designer: the perfect blend of social grace with a sharp eye for detail and a relentless work ethic.

From Aspiring Designer to Business Owner in Record Time

It’s hard to believe that Michael almost missed his calling as an interior designer, long believing he could only pursue it as a hobby and not a profession. As the child of two creatives, a furniture designer and a fashion designer, Michael’s childhood was filled with artistic endeavors that he assumed were standard household hobbies. For example, he and his brother were allowed to re-decorate their bedrooms every year, giving him an early education in soft materials and space planning. It wasn't until he arrived at college ready to decorate his dorm with plush pillows and custom valances that he realized not everyone had the same talent and training.

As a student at the esteemed University of Virginia, Michael spent the first years at college exploring various academic avenues, but eventually embraced the inevitable and studied design. After graduating in 2003, he went straight to work in an area he now knew very well, creating soft furnishings for clients. Less than a decade later, Michael was approached by a friend whose mother owned an interior design firm, Cabin Creek Interiors, which she was looking to sell. Michael had been dreaming of owning his own business for years, but since he was still relatively young in the field, the timing was unexpected and the opportunity took him by surprise. Thankfully, Michael decided to embrace fate and the rest is history. After having trusted friends in the financial industry review its fundamentals, Michael bought Cabin Creek Interiors in 2012.

“We use Design Manager to essentially run our entire business”

Managing to Pull Off the Impossible

Since taking over the firm, Michael has worked tirelessly to build Cabin Creek Interiors into a full-service interior design firm that will take on any design request, from a single item custom upholstery to a bottom-up construction job. To fuel his productivity, every morning he starts his day with two mugs of artisan coffee, then makes another full pot that he brings to the office for his staff and clients. “Good coffee is always appreciated!” he exclaims. Once he is at the office, he and his assistant, who is also a designer, work through the day, even eating lunch at their desks.

Michael works on the larger projects, particularly those with a construction component, while his assistant will take over the smaller projects and requests from clients who walk in without an appointment. Michael and his team make the most of their storefront office, keeping the showroom in pristine condition and ready to host the majority of client and vendor meetings that fill their schedules. After taking over the business, Michael moved the office to the suburban area of Colonial Heights, which many people warned him would thwart his growth. In fact, the opposite was true, and Michael has thrived in an area previously underserved by high-end interior designers. The showroom has become a beacon of style that defines the neighborhood.

To stay on top of an enormous docket of to-dos, Michael keeps a working list of items that he and his assistant tackle one by one. “My greatest challenge in my day-to-day life is time and project management,” he says.  “I’m constantly looking for organizers, lists, techniques, and software to aid in this.” Learning about Design Manager was a pivotal moment for Michael when his friend and fellow interior designer, Kathy Corbet, introduced him to the accounting and project management software in 2014. He had been using Quickbooks, the legacy system he inherited when taking over Cabin Creek Interiors, and was increasingly frustrated by its inability to track important information on a project level.

“We use Design Manager to essentially run our entire business,” says Michael.  “We take notes, create proposals, and track our projects through Design Manager. We also augment this with paper lists, cork boards with index cards, and other means to keep on top of the projects. Before we had Design Manager, we were losing thousands of dollars in reimbursable materials that we now can easily track and bill!” Michael also uses the software to aid in creating design and pricing presentations for clients. “It’s so easy to upload an image once and use it again and again across the different documents we need to produce for clients,” he says. He also frequently checks the financial reports that he runs in Design Manager, helping him to analyze productivity and remain as efficient as possible.

When comparing Michael’s enormous creative talent with his delightfully magnetic personality, it’s impossible to determine which is the greatest driver of his success. Being gregarious has undoubtedly served him well, and it’s clear he genuinely enjoys socializing and contributing to his local community. In fact, he served as President of the Richmond Chapter of the International Furnishing & Design Association (IFDA) and manages to fit in a few industry events into his calendar every month. “What I love the most are people,” says Michael. “I’m a people-person, and residential design is especially focused on people and their needs, desires, and dreams. I treasure learning about a client and their lives and then crafting their spaces to suit their uniqueness.”

After a long and busy day at the office, Michael returns to his favorite design project, the beloved house he shares with his partner. While he loves to unwind with a warm bath, more often than not, he finds himself ending his day repainting a bedroom or sprucing up a space for the house-guests they are expecting for a weekend visit. With a passion for design as strong as Michael’s, it has become not only his profession, but his ultimate pursuit of happiness. 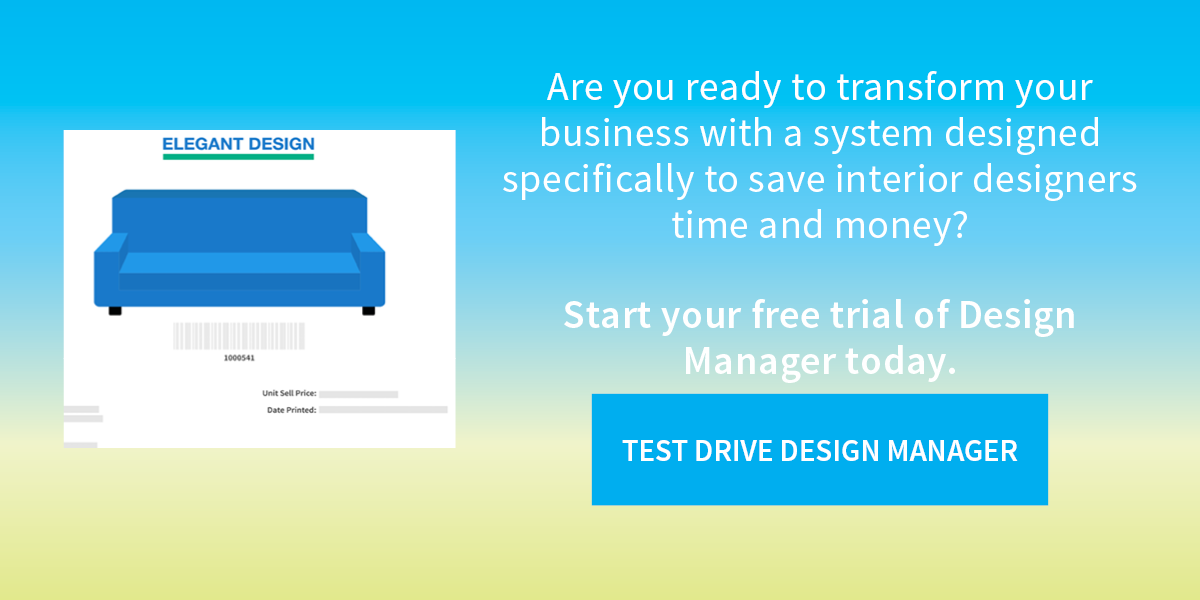 The Biggest Interior Design Trends to Watch in 2023

END_OF_DOCUMENT_TOKEN_TO_BE_REPLACED

As interior designers, we are especially connected to the idea of habitat, the place where we belong. We,...
END_OF_DOCUMENT_TOKEN_TO_BE_REPLACED

It’s not easy to balance artistic passion with a business-oriented mindset, but it works for Valerie Stei...
END_OF_DOCUMENT_TOKEN_TO_BE_REPLACED