Creative Conversations: Getting to Know Jeremy Bauer and Jason Clifton of Bauer/Clifton Interiors

END_OF_DOCUMENT_TOKEN_TO_BE_REPLACED

Creative Conversations: Getting to Know Jeremy Bauer and Jason Clifton of Bauer/Clifton Interiors

Jeremy Bauer and Jason Clifton are the design duo behind Bauer/Clifton Interiors, a premier luxury residential and commercial interior design firm located in Juneau, Alaska. Jeremy and Jason first teamed up creatively in 2005 and launched Bauer/Clifton Interiors in 2006, which today is a multi-faceted business that includes end-to-end design services as well as a unique retail segment. Interestingly, both Jason and Jeremy are originally from the Midwest and moved to Juneau after visiting Alaska and being profoundly moved by its beauty. These kindred spirits would not cross paths until they were settled into their new chosen city — and Juneau would never be same.

Bauer/Clifton Interiors became the first design firm in the city to focus on luxury residential and commercial design, for which Jeremy and Jason realized there was a strong demand but a serious lack of supply. Bauer/Clifton Interiors established a design culture in Juneau which has been thriving ever since. The Power of Place: How Alaska Shapes Business for Bauer/Clifton Interiors

Alaska is of paramount importance to Bauer/Clifton Interiors, and it is fair to say the design duo has become just as important to Alaska. When examining how they were able to become so influential in a place that previously appeared to disregard design, it is clear that Jeremy and Jason have an organic connection to Juneau that translates into designs that compliment, rather than compete with, the natural landscape.

“I think [Alaska] offers so much inspiration. When you look around and see the different colors and textures and then are able to reinterpret those things into some of your design — there is a natural path to follow there”, Jeremy explains. Jason adds, “Everything is just in abundance up here, the forest and ocean with marine life and wildlife.” Being so deeply affected by the beauty of their surroundings, Jeremy and Jason could not help but notice the contrast to the dull interiors of the homes and commercial spaces in their city. As they worked to launch their business, they soon realized why they were the first to forge this path. Jason says, “There were so few options up here for products and materials, we immediately knew we had to expand our options to further increase the overall quality of our designs and to match and meet our clients’ needs.”

The designers did what no one dared to do before and convinced luxury product vendors to come to Alaska. Jason says, “While it’s a smaller population, there is money, desire, and the lifestyle that deserves these finer goods here in Alaska.” Together, Jeremy and Jason built strong relationships with national vendors, convincing them to bring their goods to Alaska, which created access to premium interior design products for the first time.

They became so instrumental in representing these premium vendors in Alaska that the Bauer/Clifton Interiors office became a showroom of sorts, where other designers or retail clients can shop and view samples of products that the firm formally represents. This facet of their business has been particularly impactful to their community, allowing a design culture to flourish. “We’re seeing a lot of [younger generations] returning after design school because there is so much opportunity here locally in Juneau,” says Jason. 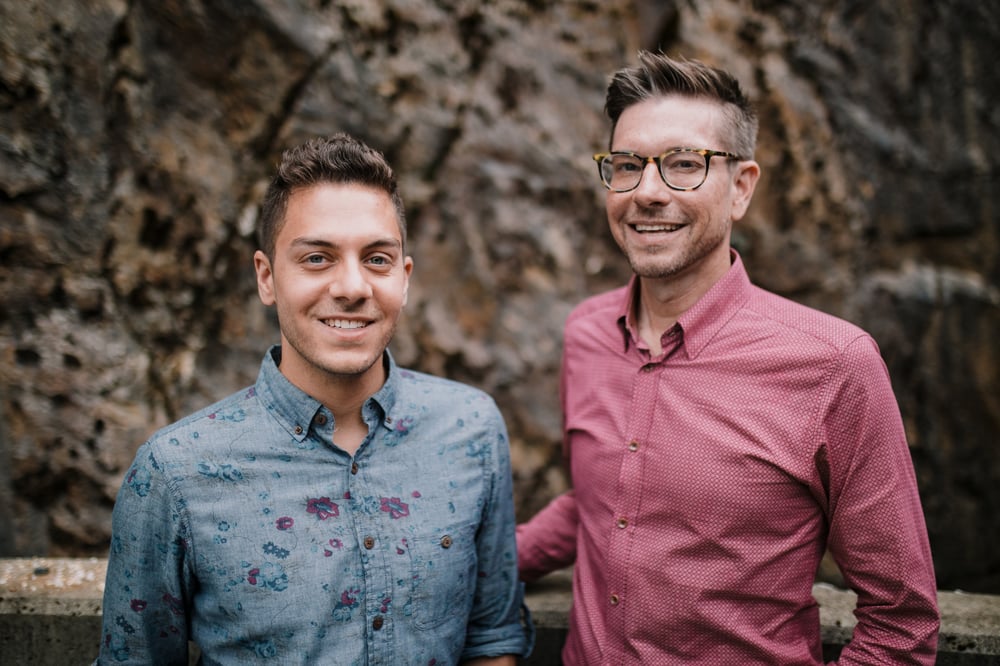 How They Function as a Partnership: Two Heads Are Better Than One

Shifting gears to the nuts and bolts of business, Jeremy and Jason have a lot of wisdom to share, having almost twenty years of ownership under their belts. While some business partners get into trouble over butting heads, these two put their heads together to make sure they don’t miss a beat. Jason says of getting to know their clients, “two heads are better than one – one person may miss a particular detail or nuance.”

“Two heads are better than one – one person may miss a particular detail or nuance.”

Part of their success comes in knowing each other’s strengths and dividing responsibilities accordingly. Jeremy has an education in Architecture and Architectural Engineering, while Jason has a degree in Interior Design, so they each concentrate on the areas in which they are strongest and defer to each other’s area of expertise. On the occasion they disagree over a design or even business decision, they take a step back to reconsider and meld their two concepts into one. They also credit communication and trust as an essential key to the longevity of their business. Jeremy says, “I can leave for a week or two weeks for vacation, and I know [the business] is 100% being taken care of in the exact same way I would take care of it.”

With so much growth over the last eighteen years, Jason and Jeremy have also had to scale their business and expand their team, which they admit has been challenging while juggling a wide portfolio of projects. They credit Design Manager with being essential to getting through the growing pains. Jason says, “The educational tutorials are so easy to learn from that there is a very minimal learning curve with new team members that join. It allows us to seamlessly see a project from conception through its completion, even with project management and procurement involved.”

How Jason and Jeremy are Interior Design Role Models

It is nearly impossible to not feel inspired by Jeremy and Jason of Bauer/Clifton Interiors, who fearlessly followed their passions and conquered unchartered territory. Their entrepreneurial spirits show in every decision leading them to where they are today, from leaving behind the lives they knew in the Midwest, to cultivating a clientele from scratch, and then bringing luxury products to a market they essentially created. They don’t let any obstacle stop them from achieving their dreams. What is most inspiring of all, is the respect they have for their city, its community, their team, and each other — a quality that will ensure they continue to thrive for years to come.

Want to see Design Manager for yourself?  Sign up for a Free Trial today!

The Letter of Agreement you present to your clients might be the most important document you as an interi...
END_OF_DOCUMENT_TOKEN_TO_BE_REPLACED

Interior design is so much more than just making beautiful spaces. Project management is a huge part of a...
END_OF_DOCUMENT_TOKEN_TO_BE_REPLACED