The History of High Point: How Ambition, Will, and Drive Put a Small Town on the World Map

END_OF_DOCUMENT_TOKEN_TO_BE_REPLACED

With 58.4 percent of the world's population using social media for an average of two hours and 27 minutes a day, it should go without saying that strategically representing your company on s...
END_OF_DOCUMENT_TOKEN_TO_BE_REPLACED
All Posts

The History of High Point: How Ambition, Will, and Drive Put a Small Town on the World Map

Next month, over 75,000 people will invade the once tiny town of High Point, North Carolina to be a part of the largest, and arguably most significant furniture trade show of the year. Before the October 13th kickoff of High Point Market Fall 2018, over 2000 exhibitors will set up shop across the 11.5 million square feet of exhibition space, making it the largest furniture trade show in the world. Its significance and scope attract visitors from every corner of the globe, including VIPs who know that High Point is not the show to miss. It all seems surreal: a small town hundreds of miles away from New York City becomes the apex of power and influence for the furniture industry. How, one might ask, did High Point become a design industry juggernaut? The story begins over 100 years ago, and is a fascinating tale of ambition, will, and drive that serves a powerful lesson for anyone trying to grow a business. 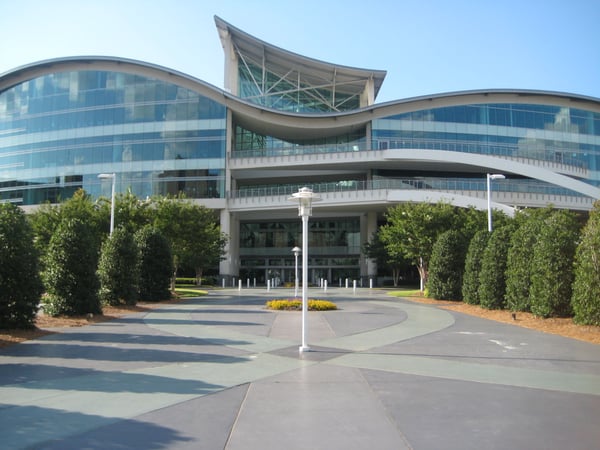 The history of High Point Market begins in the late 1880s with the establishment of the High Point Furniture Manufacturing Co., the town’s first furniture factory, which made inexpensive furniture using local hardwood lumber. The success of the first factory led to dozens more and by the turn of the century, the furniture manufacturers were organizing and asking the town’s mayor to create a Southern Furniture Exposition to compete with larger markets such as New York and Chicago. Ultimately, it was a small group of local industrialists who pledged the initial capital to establish the Exposition, aided by a spirit of competition to thwart a local salesman who had taken over a space in town to put on his own furniture showcase. By 1909, the industrialists had joined forces with the local salesman to host the first Southern Furniture Market across their shared spaces.

Image by: Lewis Hine - U.S. National Archives and Records Administration
The first market was a modest success, drawing attendees mostly from North Carolina, but attendance was strong enough to warrant an annual event. As the furniture industry in High Point was growing steadily, in 1911, a local trade magazine called for the creation of one large showroom for the event, and their pleas were heard. Event organizers spent the next decade building The Southern Furniture Exposition Building, but in the meantime, the Market was gaining steam and by 1913 had become a respectably attended bi-annual event. The High Point Marketing Association was formed in 1914 to promote sales of the town’s furniture, again illustrating the rapid momentum of the industry and the savviness of its early pioneers who understood the larger, national demand for the low- to mid-priced goods that High Point was manufacturing.

The new showroom, The Southern Furniture Exposition Building, was finished in June 1921.  It cost approximately $1 million and had close to 250,000 square feet of exhibition space. The first show held there drew seven hundred buyers from 100 cities across the country to see the 150 exhibitors, resulting in $2.25 million in total sales.


The Great Depression to the Post WWII Era: Surviving to Thriving

The following decade was difficult for High Point and the furniture industry, as the stock market crash of 1929 and the ensuing Great Depression ultimately forced about one third of the town’s factories to close. However, by 1934, exhibitors returned to the Southern Furniture Exposition Building, which underwent an expansion in 1940. While the Southern Furniture Exposition was put on hold during World War II, the building was put to good use by the US government for the war effort. When the war ended in 1945, demand for affordable luxury exploded and The Federal Reserve of Richmond announced that the Southeast is officially the furniture-producing center of the United States of America. The first post-war Exhibition took place in 1947, and business in High Point was officially booming. Over the next three decades, the Exhibition continued to expand in space and number of exhibitors, while High Point steadily took over market share of furniture manufacturing in the US.

Photo of the International Home Furnishings Center in High Point, NC, USA
In 1980, furniture showroom organizers in Dallas made an attempt to take over High Point’s territory to become the host of the major home furnishings market. High Point responded by shifting their focus to making the High Point Market a multi-faceted experience for visitors. In 1982, High Point discontinued its January and July shows, which had at that point become the smaller, regional events, to focus on hosting two large events per year, in April and October. In 1989, the Southern Furniture Exposition Building became known as the International Home Furnishings Center (IHFC), setting the stage to become an international tour de force. Expansion of the main showroom, establishment of several satellite showrooms, and development of amenities supporting the Market events continued steadily for the next two decades.

Taking notice of the great economic impact the furniture industry in High Point has on North Carolina, the state government began taking an active interest in supporting the High Point Market, investing in the event and surrounding infrastructure. The North Carolina Department of Transportation began funding the free transportation from 100 hotels and the three closest major airports, which further seeded international recognition and growing attendance. The High Point Market has become so large and nationally significant, that the sale of the controlling company of the IHFC building, now 3,500,000 million square feet after multiple expansions, was an international financial news headliner in 2017.


High Point Market is now the bi-annual event that defines leadership of the global furniture industry. Beyond seeing the latest in design innovation and adding to your list of go-to vendors, the opportunity that Market brings to network and have fun celebrating with fellow designers and design enthusiasts is invaluable. The Fall 2018 iteration is taking place from October 13-17, and the town of High Point will be transformed into a giant furniture party palace, teeming with tastemakers and high powered business people. Don’t delay in registering for Market then RSVPing to our fabulous Market soiree, where we would love to host you in High Point style! 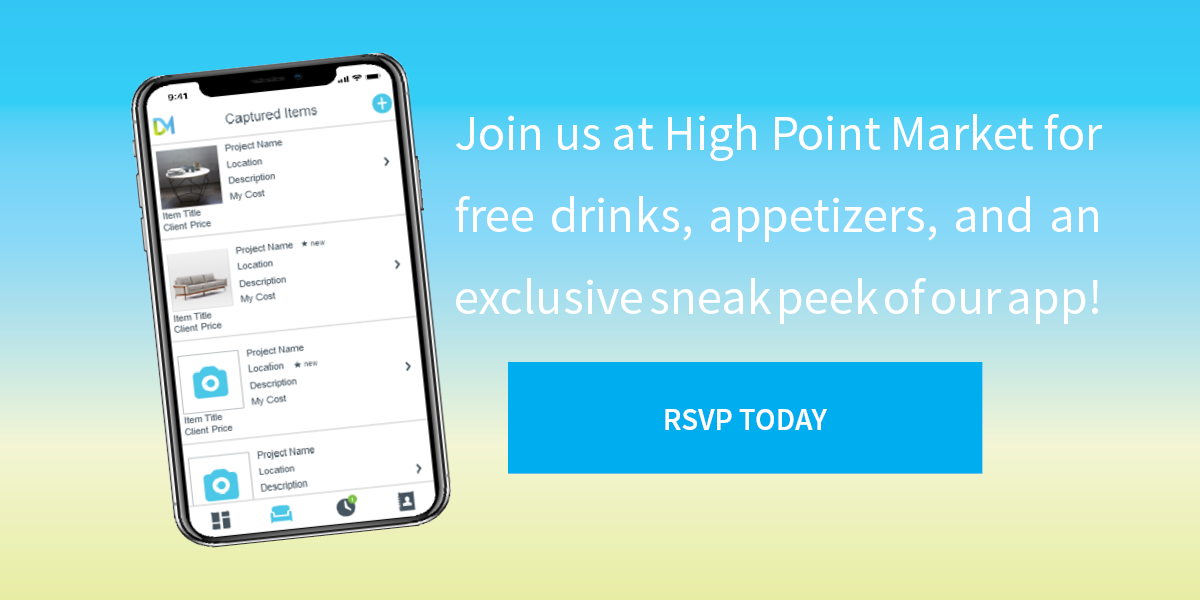 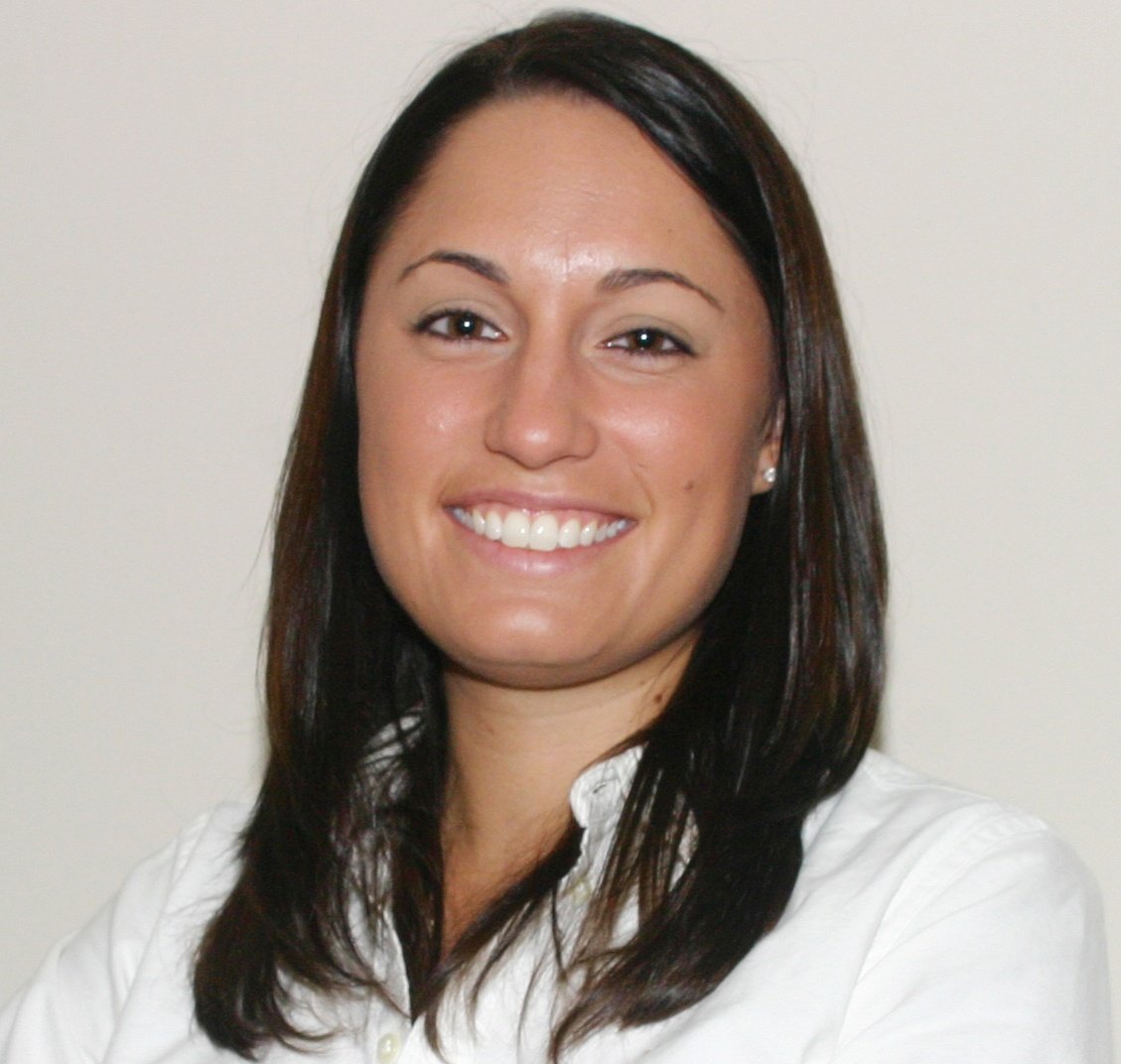 Lindsay is in charge of the Sales and Marketing team at Design Manager and has enjoyed growing the DM company for the past 10 years. In her spare time though, you can find her taking care of her two adorably demanding little rugrats, traveling, enjoying new restaurants or cheering on her beloved Philadelphia sports teams with her friends and family.

What is ‘Work in Progress’ and Why is it Important for Accounting?

Interior design firms have complex bookkeeping and accounting processes compared to most other industries...
END_OF_DOCUMENT_TOKEN_TO_BE_REPLACED

The Letter of Agreement you present to your clients might be the most important document you as an interi...
END_OF_DOCUMENT_TOKEN_TO_BE_REPLACED

Interior design is so much more than just making beautiful spaces. Project management is a huge part of a...
END_OF_DOCUMENT_TOKEN_TO_BE_REPLACED